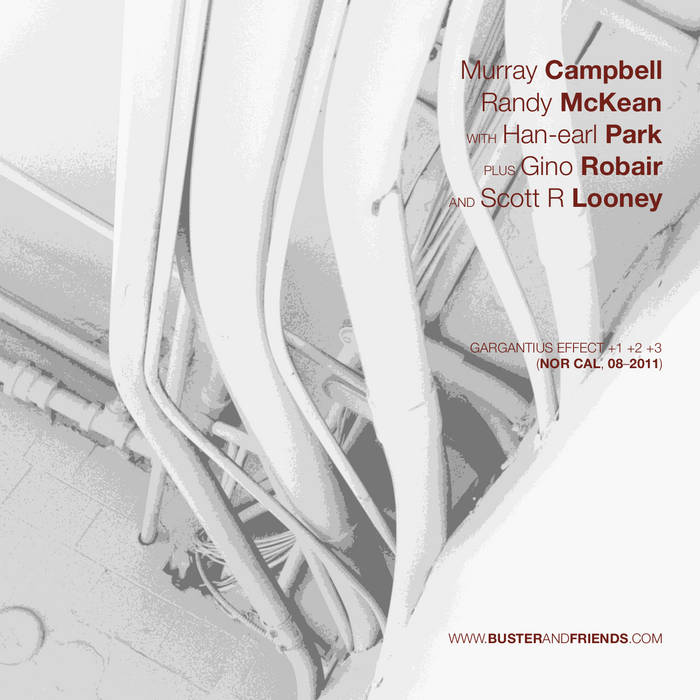 “Gargantius Effect… slip in and out of something approaching Webern-ian counterpoint… explore the outer limits of timbre, especially on the epic ‘Old Robots Never Rust’. Campbell’s violin slides are an excellent foil to the more vocal qualities in Park’s improvising, not to mention similar devices used by multi-reedist Randy McKean as the trio converge and diverge in pitch space…. The improv is always edge-of-seat energetic.” Marc Medwin (New York City Jazz Record)


The Gargantius Effect is the brainchild of Murray Campbell and Randy McKean. Like the Stanislaw Lem story of the same name, in which armies of warring soldiers are linked together to form a peaceful, blissfully-aware omni-mind, so, too, these longtime collaborators and Nevada County natives transform the connections and crossfires of the various genres in which they usually find themselves—the Euro-café of Beacoup Chapeaux, Balkan swing of Chickenbonz, chamber jazz of Bristle—into scintillating bits of free improvisation, compositional constructs and mechanized mayhem.
This album documents Gargantius Effect’s August 2011 tour of Northern California with special guest and fellow Sonologist Han-earl Park, who had just returned to the States after years in Europe, teaching, and playing with the likes of Paul Dunmall, Charles Hayward and Franziska Schroeder. In addition to the recording of the performance at The Tin House on August 25, 2011, the August 30, 2011 session at Studio 1510 features Bay Area veteran improviser, composer and electronic artist Gino Robair, and hyperpianist Scott R. Looney.