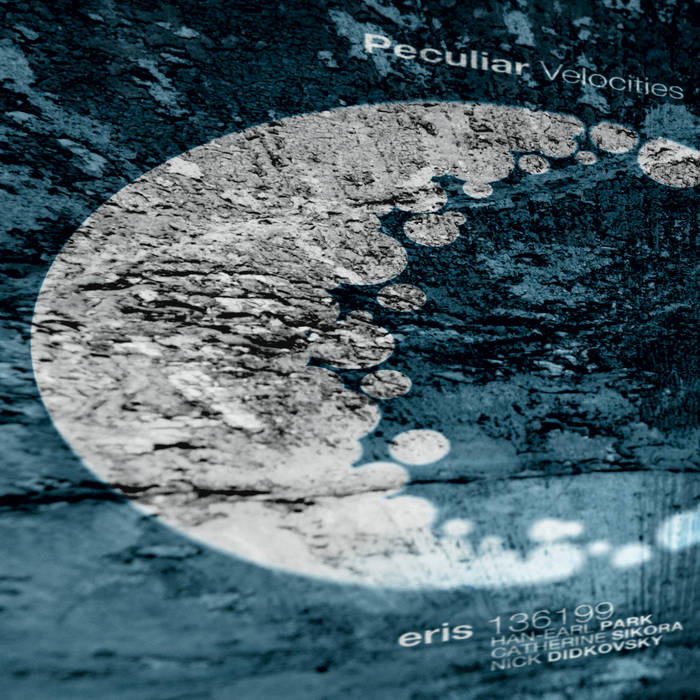 Alloy: A Mixture of Jazz and Progressive Music

“An uncomfortable joy, a can’t-be-reproduced-in-the-laboratory combination of rare elements, a new musical alloy, an ongoing experiment, the perfect distillation of uneasy listening.” Dave Foxall (a Jazz Noise, Best of 2020)

Formed in New York in 2012, Eris 136199 is the chaotic-slamming one-person rhythm section of Han-earl Park (Sirene 1009), the deep melodic intelligence and big-tenor sound of Catherine Sikora (Clockwork Mercury), and the anthems of glitch, experimentalism and riffage of Nick Didkovsky (Doctor Nerve).

“Surprises abound on this disc from the collision of three seemingly incompatible notions of time and rhythm in ‘Peculiar Velocities’; to ‘Sleeping Dragon’ which insistently claims to be one thing but reveals itself to be something else; to the aural love letter to No Wave that is ‘D-Loop’….
“Moments of absolute clarity, where two of us may deliberately hit exactly the same notes, are juxtaposed by equally comfortable bursts of raging chaos and easy silences.” — From the liner notes*

Recorded during the 2019 European tour, Peculiar Velocities is Eris 136199’s third CD, and first studio album. The album is the follow-up to the eponymous Eris 136199 (BAF001, 2018) described as “Exquisitely constructed, spontaneously messed-up, endless depth, kind of like letting an insane brain surgeon in through your ear” (aJazzNoise, Best of 2018), and Anomic Aphasia (SLAMCD 559, 2015) which was described as “a beautiful noise” (KFJC 89.7 FM) and “atmospheric as to become almost frightening” (The New York City Jazz Record).


* Liner notes only available with the CD version.

Release made possible by the awe-inspiring generosity of our Kickstarter backers.